It is easy to proportionally re-size a full-size surfboard template and maintain clean curves that are derived from the original template shape.  It can be done by hand and with "simple" math.  You can re-size a template with nothing more than a framing square, a pencil and a batten or a large curve.  It can be done on the floor of a porch, kitchen or garage.  While a calculator is easier, you do not need one to do basic math.

For a directly proportional re-size, the new dimensions must vary precisely.  The aspect ratio must be locked.  Width changes by the same proportion as length.  With aspect ratio locked, a 20" x 72" shape that is re-sized to be directly proportional increases to 21.66" x 78" (light blue ellipses below).  This represents a 0.277" increase of the maximum width for every 1.0" increase in length.  However, length and width can be re-sized independently of one another to create a desired combination of length and width (aspect ratio unlocked). 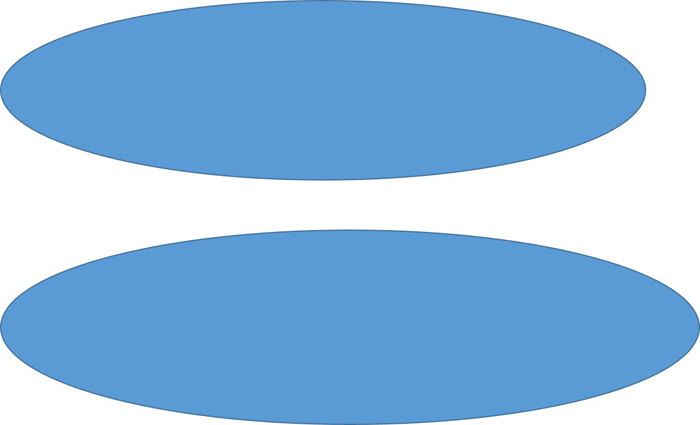 Somebody might specifically want a 5'10" Takayama Scorpion shape that is 23" or 19.25" wide rather than the original 21.25" width.  The proportional math method discussed below maintains the basic shape while varying one dimension with the other dimension (width or length) remaining fixed.  Curve "steepness/flatness" (slope) of the planshape outline is definitely altered by changing one dimension while the other remains fixed.  But the curve's slope changes are still in the same position relative to the original shape/template.  This method can also be a good way to evaluate the effect that varying one dimension has on surfboard performance, while the other dimensions remain fixed.  But, both length and width dimensions can be altered independently for a template also.

I will use a Lis Fish figure (Kinstle, 1977) to illustrate the method described below.  Dimensions shown in all figures below are those of the original figure and have not been re-labeled to show the increases or decreases discussed. 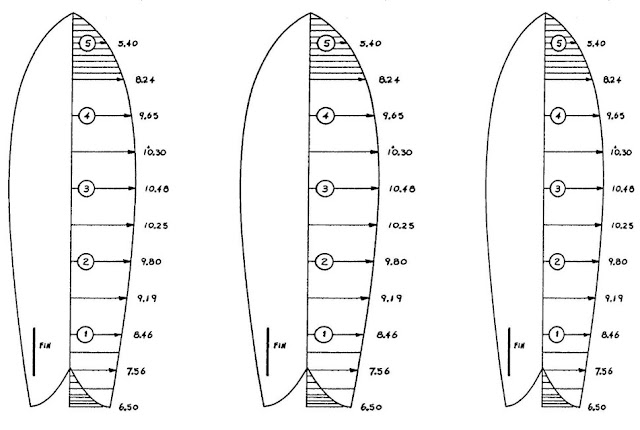 If you plan to change both width and length for the new template, it is easier to calculate and plot the new length intervals first. 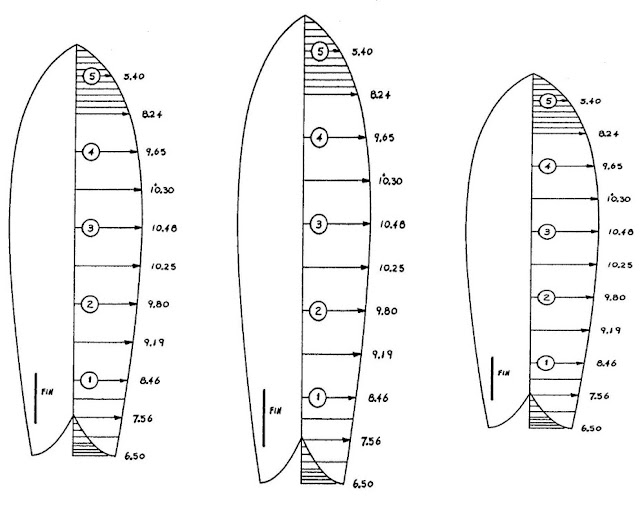 To improve nose and tail shape resolution, you can measure template widths at 1-inch intervals for several inches (Figure 3 at bottom of page) -- starting measurements from the template tips (nose and tail).  Similarly, rather than using 6-inch intervals to measure the original template widths, you could use 2- to 3-inch intervals.  Whatever length interval suits you.  The closer together the width measurements are, the better the shape resolution will be overall.  These new intervals will be increased or reduced to increase or decrease template dimensions using the same method described above.

One good template can be used to generate many different combinations of length and width.  By varying one dimension at a time, it is fairly easy to evaluate the effect that changing one variable has on a shape's performance.

Other methods can be used to re-size surfboard templates.  The discussion above is one approach.  Accept.  Reject.  It does not affect me.

Moving the widepoint of a surfboard template would use a variant of this method.  Discussed at the following link: 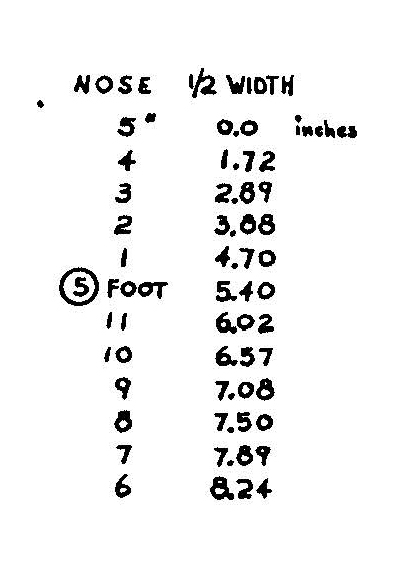 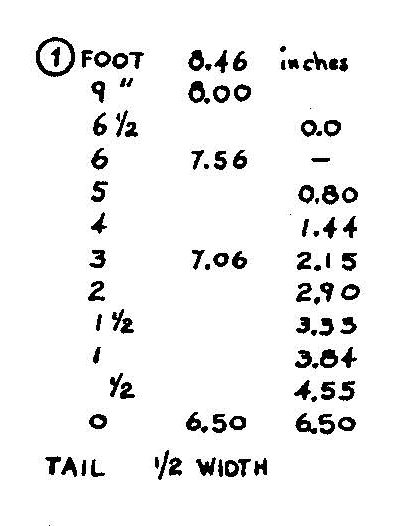 Posted by Bluegrass Surfer at 12:14 PM